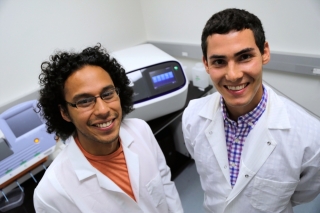 UCSB played an important role in revealing how illness-linked genetic variation affects neurons. Scientific consensus holds that most major mental disorders, such as schizophrenia, are genetically rooted diseases of synapses, the connections between neurons in the brain. Now research has demonstrated how a rare mutation in a suspect gene corrupts the on-off switches of dozens of other genes underlying these connections.