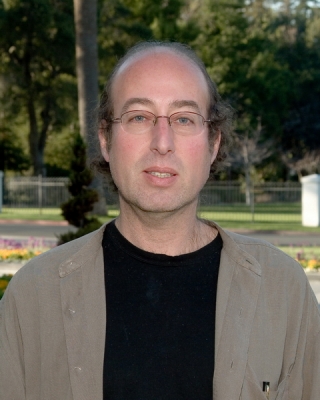 Clinical trials and translational medicine have certainly given people hope and rapid pathways to cures for some of mankind’s most troublesome diseases, but now is not the time to overlook the power of basic research, says UC Santa Barbara neuroscientist Kenneth S. Kosik.

In fact, as he points out in an article published in the journal Science — along with coauthors Terry Sejnowski, Marcus Raichle, Aaron Ciechanover and David Baltimore — supporting fundamental cell biology research into neurodegeneration may be the key to accelerating understanding of neurodegenerative and so-called “incurable” diseases such as Alzheimer’s and Parkinson’s.

“My point here is that what we really have to do is take the longer view and get a very fundamental understanding of these diseases to make inroads in treatment,” said Kosik, who is UCSB’s Harriman Professor of Neuroscience in the Department of Molecular, Cellular and Developmental Biology, and also the director of the campus’s Neuroscience Research Institute.

In contrast to applied science which, in the field of neuroscience and medicine, concentrates more on therapies and technologies used to treat particular conditions, basic research into cell biology of neurodegeneration is the discipline that fuels understanding of why and how the basic living units of the brain and nervous system function, or don’t. Studying a model organism such as a fruit fly or a worm may not have the more visible impact on neurodegenerative disease that human clinical trials have, Kosik said, but it could provide a strong foundation for treatments that go beyond single diseases, and that may generate tools for early detection and prevention. Without building a foundation of basic science, he argues, scientists can find themselves down the path of pursuing “trendy” and sometimes fruitless research, or grasping at straws for safe, but relatively ineffective therapies.

“All funders — and scientists too — feel the pressure of trying to do something for people that have very serious diseases. The clock is ticking for them, we feel compassion for these people and we really want to help,” said Kosik, whose own efforts investigating the basis of Alzheimer’s disease have led him to decades of clinical work with an extended family of Colombians living with a very early-onset form of the disease with genetic origins.

It’s understandable, Kosik said, for scientists in the clinical setting, and even for philanthropists and federal decisionmakers, to want to push resources into rapid pathways to cures and treatments with less consideration for basic science. That trend became apparent at the U.S. National Institute of Neurological Disorders and Stroke, where, from 1997 to 2012, basic research funding by the agency fell from 87 to 71 percent. Elsewhere, at the National Institutes of Health, Kosik says in the article, “a discouraging funding environment drives students and young scientists away,” instead of attracting the next generation of scientists with the opportunity for groundbreaking discoveries in the field.

“But science doesn’t necessarily work that way,” Kosik said. “Impact often comes from unexpected directions.” Curiosity-driven science — sans unrealistic goals and timetables — he argues, can open the door to major discoveries. Case in point: CRISPR, the phenomenal and versatile gene-editing tool that has been used by researchers to, among other things, study and fix genetic diseases, make cells immune to viruses and suppress cancer-causing genes.

“That technology would not be available if people were not doing basic research on a biochemical pathway in bacteria that you would never even suspect was relevant to the study of human conditions,” he said. Another powerful emerging discipline is optogenetics, the use of light to control neurons using light-sensitive proteins which come from algae.

“There’s just a wealth of life forms out there that are teaching us things about ourselves,” Kosik said. “We would be ignoring 99 percent of life if we don’t pay attention to basic biology, and the secrets and cures for many diseases do lie in the biology that’s around us.”